2013 is looking to be a major transitional year - one where a lot of big changes are occurring in the media landscape.  Here's an interesting table from Borrell Associates on the change from 2012 ad levels and those forecast for 2013 (in the U.S.). 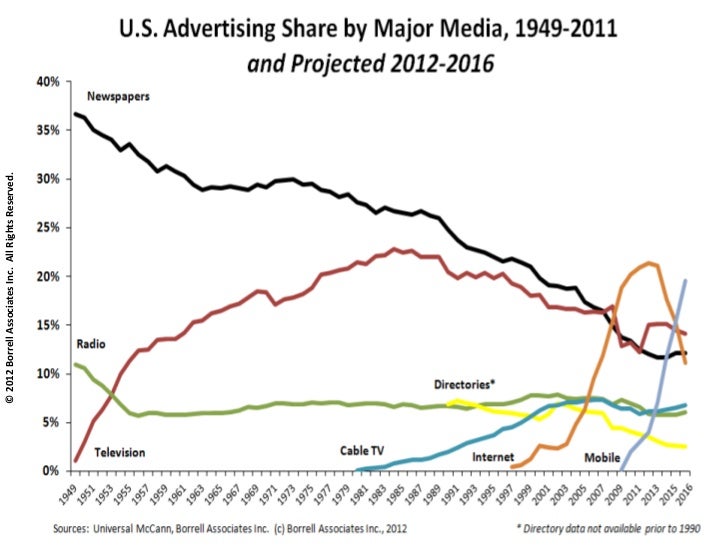 The table above looks at the share of advertising dollars for various media in the U.S.  The most notable trend is ref;ected in the black line of newspapers, who have seen their domination of advertising revenues fall precipitously, eventually surpassed by the television market.  If you combine TV and cable, they indicate that video advertising now dominates - while radio's share has been fairly stable over time.  The table shows the rapid increase in internet advertising - the downturn in their golden line is for forecast revenues, after pulling out the new media darling for advertisers - mobile. 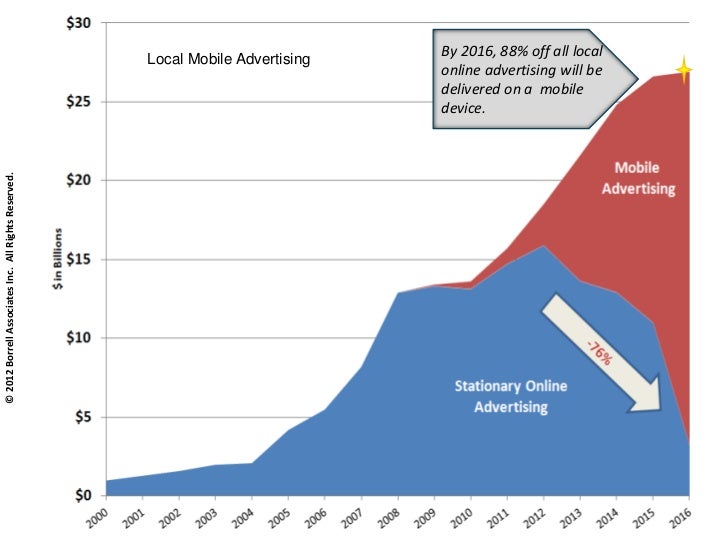 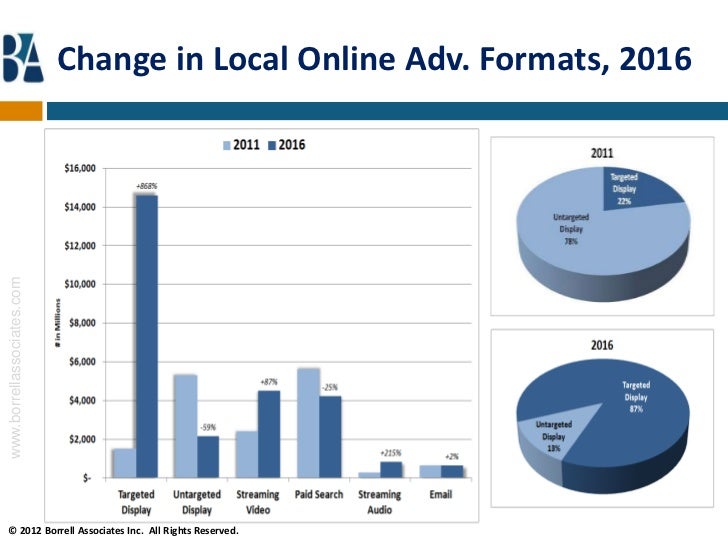