The Power of Pictures

I've just run across a post - 20 Photos That Change The Holocaust Narrative - that reminded me of the power of good photojournalism. 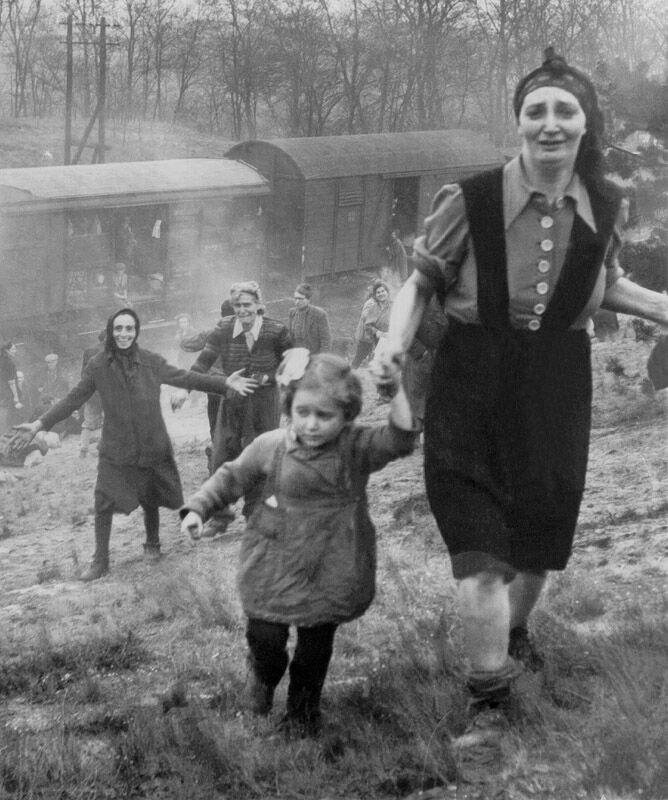 The post collects some photos from the late 1930s through the 1980s to illustrate that the story of the Holocaust is more than just the horror of the camps.


(T)here are other images. Images that show a more subtle, more true, story. A story that shows our inner power, our inner turmoil in dealing with a situation we cannot comprehend, our attempts to gain justice, and our final steps into moving above and beyond our past and into a new future.

There are pictures of opposition, of survival and liberation, and the building of new lives.  It's definitely worth a look. 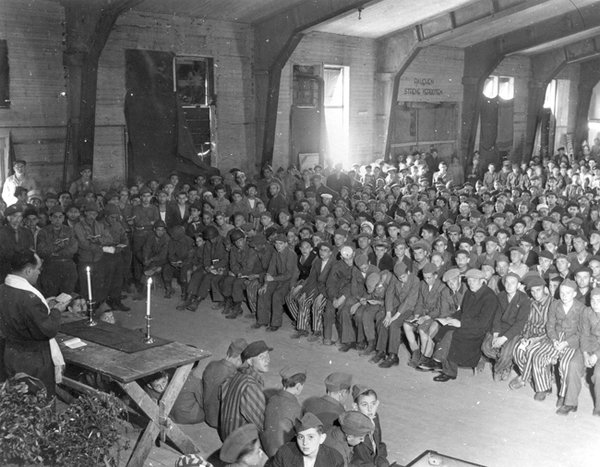 (Shabbat service after the liberation of Buchenwald)

I do have one quibble, with the header.  I don't think that it changes the narrative as much as it expands it - into the contrast of the horror of the Nazi oppression and the strength, spirit, will, and ultimately triumph of those oppressed. 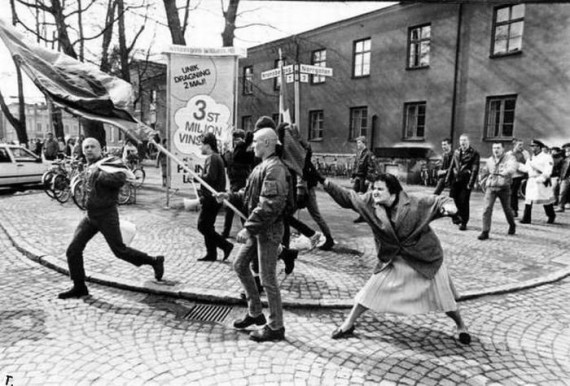 This picture captures the actions of a woman Holocaust survivor, attacking a neo-Nazi skinhead during a 1985 skinhead demonstration march in Sweden.
Moments later, thousands of other townfolk joined her, chasing the skinheads into the train station toilets (where they were rescued by police)

Email ThisBlogThis!Share to TwitterShare to FacebookShare to Pinterest
Labels: photography