The annual Jobs Ratedreport from Career Cast is out.
The best job - actuary.  The top twenty are notable as all requiring math, engineering, biomedical/health, or advanced degrees.

The worst job - Newspaper Reporter.  And it's the only one in the bottom 10 that expects a college and/or graduate degree.  It's a career with a negative job growth rate (-6%), and where half of full-time reporters earn $36,000/yr or less.


Ever-shrinking newsrooms, dwindling budgets and competition from Internet businesses have created very difficult conditions for newspaper reporters.
Consumers can access online news outlets almost anywhere thanks to technological advancements, which are threatening the existence of traditional print newspapers. As a result, the number of reporter jobs is projected to fall 6% by 2020, according to the U.S. Bureau of Labor Statistics (BLS), while average pay is expected to continue its decline.

And its not only the decline in available jobs and the low pay.  Much of the industry's job losses have been in the bigger papers - severely limiting opportunities for career advancement.  In addition, it's also a high-stress career, with tight deadlines and the need to work in all conditions.


"I covered crime, so when breaking news happened, I had to be there. And when editors called at night with questions, I had to take the calls," says Rochelle Gilken (who traded her job as reporter for a position in media relations for a local utility). 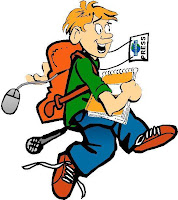 Slate's Will Oremus puts an interesting spin on the situation:


The only thing I can say in defense of my beleaguered profession is that, for a certain sort of person—a cynical yet stubbornly idealistic person who holds facts dear and simply can’t abide bullshit—all the trade-offs can be worth it, at least until the bills pile up so high that it’s no longer tenable.


Sources -  Newspaper Reporter Beats Out Lumberjack, Soldier as "Worst Job of 2013",  Slate
Jobs Rated 2013: Raaking 200 Jobs From Best to Worst, Career Cast
10 of the Worst Jobs for the Future, Kiplinger