Last week, Facebook reached 1 billion monthly users, and made it's first earnings report since it went public - $1.18 billion in revenues in the second quarter.  Advertising accounted for $992 million, up 28% from the same quarter last year.  While revenues were up 32%, Facebook reported net losses of $157 million, mostly from various costs and write-offs related  to the IPO - without those, Facebook earned a profit of $285 million.  The report indicated that mobile earnings were slow to develop, but earnings were up from "sponsored stories," 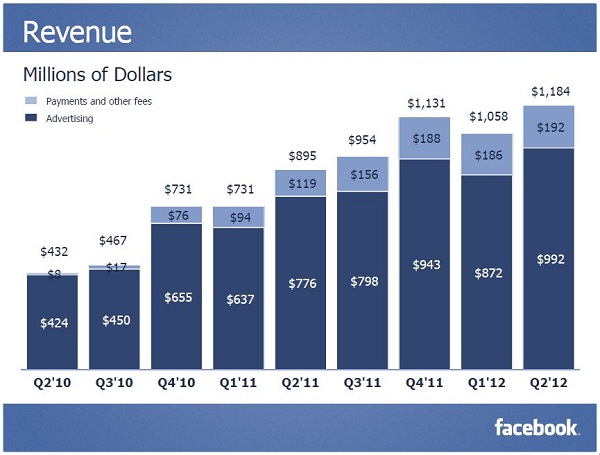 As for the (distant) competition, there's