An interesting piece in the New York Times takes a look at the changing nature of kids' TV viewing habits.  In brief, this generation of youngsters are growing up in an era of instant-access, on-demand, viewing that matches their viewing preferences much more than traditional television ever has.

Decades of research have shown that young kids are drawn more to characters than plots, and are comfortable with the familiar.  And anyone with regular exposure to young kids knows that they prefer being read the same story, or watching the same cartoon, time after time after time - well past adults' comfort levels.  In the traditional media era, that mean reading and re-reading favorite books and book series, and watching favorite programs (whether Sesame Street or My Little Pony) that keep recycling characters, scenes, and episodes.  With the rise of home video, this transferred to tapes and DVDs, which also allowed kids more control over when to watch, as well as control over program flow (using fast forward and reverse to focus on favorite scenes).  Disney, which initially sued to stop consumer use of videotapes, eventually found they made a mint from families regularly buying new copies to replace worn out children's videotapes.


When children are enamored of a show (or, more specifically, a character) they want to watch the same episode over and over and learn every detail. Instead of binge viewing as their parents do, they déjà view. 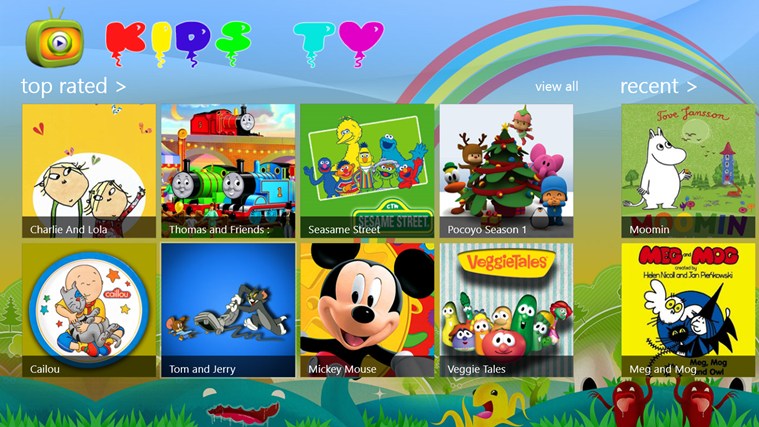 In the new digital entertainment marketplace, technology has expanded the user's ability to control viewing, and it is becoming increasingly driven by "on-demand" rather than traditional live schedules.  Between DVRs, On-Demand access through multichannel providers, and online streaming services, users can control their viewing to meet their needs and preferences.  Broadcast networks are finding that half or more of current prime-time series viewing is done outside of the "live" scheduled broadcast.  And that's with adults, who like original programming.

For kids, though, traditional "live" TV is a step backwards, a relinquishing of control, a subjugation of their wants and preferences for those of another.  As the Times' lede suggests,


When Eric Nelson’s 6-year-old daughter, Charlotte, and 10-year-old son, Asa, discover that they cannot rewind or fast-forward a TV show, they are perplexed — and their father is, too. It is hard to explain the limitations of live television to children who have grown up in an on-demand world.

Add to that the expansion of personal video devices - bypassing the historical squabbling among kids over what to watch on the family TV, and you have the basis of a major transformation in viewing habits - where young viewers can finally fulfill their viewing preferences instead of settling for what others choose to make available.

These changes are showing up in the TV's industry numbers, although not so much in the regular TV ratings numbers (although it could account for Nickelodeon's recent fall in traditional ratings numbers.  A recent study by Common Sense Media found that kids' TV viewing on mobile devices has tripled since 2011 while viewing on traditional TV sets is falling.  Amazon reports that 65% of the most-replayed content on its streaming service is children's programming.  Amazon's created a special subscription streaming service for 3-8 year olds, and says that more than half of its viewing is from kids watching shows a second, third (or more) time.  Netflix is finding that most re-viewing for preschoolers is tied to learning, while older kids focus on the humor in specific episodes.  That's shown up in their programming strategy - they know they don't need all episodes of a kids program (unlike for most adult series) - just enough of the favorites to satisfy kids' interests.  (And Hulu+ insistence on ads is hindering their ability to attract kids' viewing, and their parent's willingness to subscribe).  Furthermore, traditional kids' channels like Disney, Nickelodeon are pushing access to network streams and program archives through smartphone and tablet apps, and even making new shows available online before their network premiere.
And while the kids' share of audience and advertising may be small, they've got a strong, almost insatiable, demand for content.


“Popular children’s programs can be a really big driver of use,” and can keep parents paying for the services, said David Tice, a GFK media analyst.

It will be interesting to see how much kids' preference for controlling access and timing of their TV viewing will carry through their adult years.  While content preferences will change as cognitive skills improve and interests shift, I think most will find giving up the control over viewing difficult - at least for most entertainment programs, movies, and short video content.  The value of live for some things (sports, etc.) may continue to overcome the loss in value resulting from the passive nature of "live" viewing - but when competition provides options and opportunity to personalize and control the media experience, it will be increasingly difficult to return to old couch potato habits.